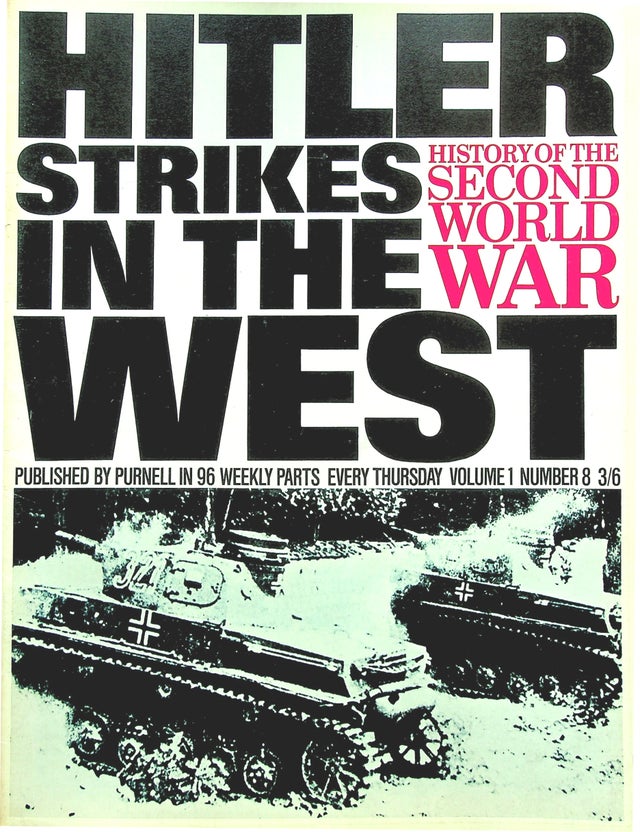 HISTORY of the SECOND WORLD WAR #8: HITLER STRIKES IN THE WEST/ DOWNLOAD

HISTORY of the SECOND WORLD WAR

No.8: Hitler Strikes in the West

Invasion of Holland and Belgium

The Lunge to the Sea

Purnell's History of the Second World War was a hugely successful weekly anthology or 'partwork' publication covering all aspects of World War II that was distributed throughout the English-speaking world. Produced shortly after the similarly accomplished 8-volume series on WW1, it was first published in 1966, being reprinted several times during the 1970s.