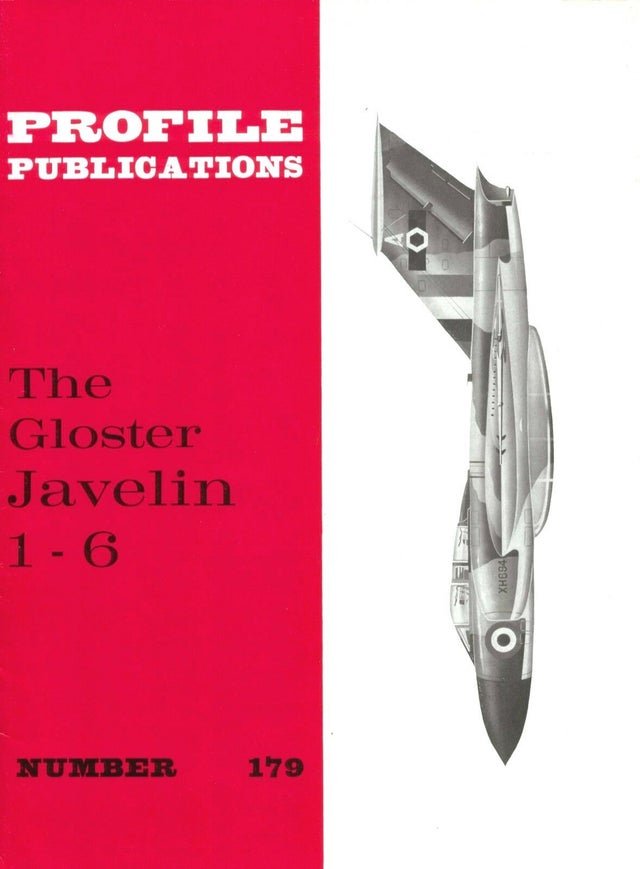 The Gloster Javelin is a twin-engined T-tailed delta-wing subsonic night and all-weather interceptor aircraft that served with Britain's Royal Air Force from the mid-1950s until the late 1960s. The last aircraft design to bear the Gloster name, it was introduced in 1956 after a lengthy development period and received several upgrades during its lifetime to its engines, radar and weapons, which included the De Havilland Firestreak air-to-air missile.

The Javelin was succeeded in the interceptor role by the English Electric Lightning, a supersonic aircraft capable of flying at more than double the Javelin's top speed, which was introduced into the RAF only a few years later. The Javelin served for much of its life alongside the Lightning; the last Javelins were withdrawn from operational service in 1968 following the introduction of successively more capable versions of the Lightning.

First published in the 1960s, this item is one of over 200 aircraft booklets in b&w with colour illustrations. Each issue typically contains a full history of the aircraft type, a General Arrangement drawing, full specifications, colour drawings of the Camouflage Patterns & Squadron Markings (if relevant) and, often, a centrespread.