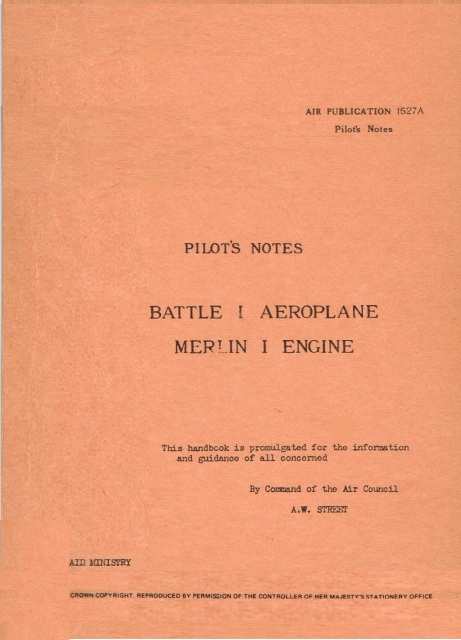 The Fairey Battle was a British single-engine light bomber designed and manufactured by the Fairey Aviation Company. It was developed during the mid-1930s for the Royal Air Force (RAF) as a monoplane successor to the earlier Hawker Hart and Hind biplanes. The Battle was powered by the same high-performance Rolls-Royce Merlin piston engine that powered various contemporary British fighters[N 1]. However the Battle was significantly heavier, with its three-man crew and bomb load. Though a great improvement over the aircraft that preceded it, the Battle was relatively slow and limited in range. With only two .303 in machine guns as defensive armament, it was found to be highly vulnerable to enemy fighters and anti-aircraft fire.[1]

Please note: The listing picture of the aircraft is not a part of the download but is added as an aid to identification