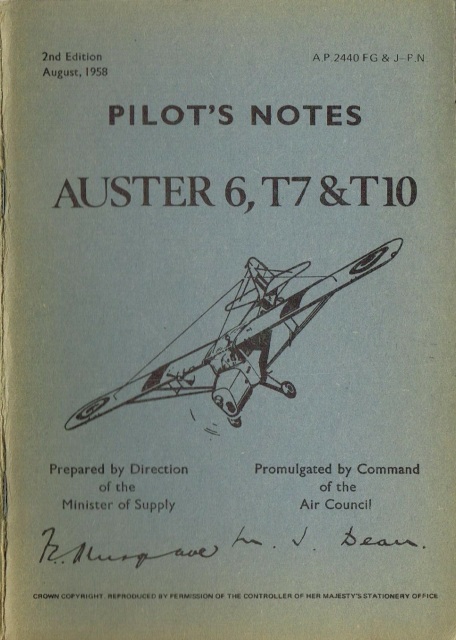 During the war the head office and drawing office were at a big old house on the outskirts of Leicester called "The Woodlands". The fuselages and wings were manufactured at Syston; sheet metalwork was done at the old 'en tout cas' works at Thurmaston. Final assembly, fitting out and testing took place at Rearsby aerodrome. The name changed to Auster (after the Roman name for the south wind) on 7 March 1946, when production shifted to Rearsby aerodrome, all in Leicestershire. All designs were evolved from the early Taylorcraft with a sprung skid or tailwheel beneath the fin (except for a low-wing aircraft called the "Agricola" designed for aerial farming work; only nine of these were completed). Utilised by both the RAF and British Army.