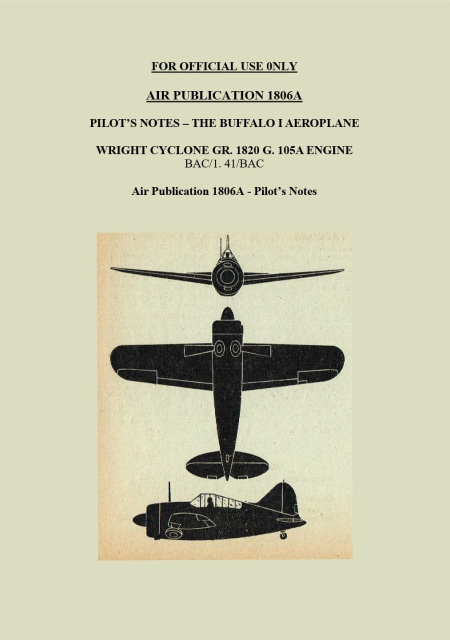 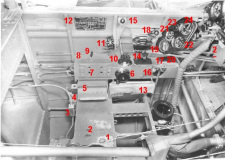 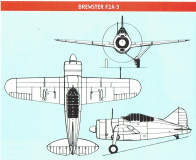 The Brewster F2A Buffalo was an American fighter aircraft which saw service early in World War II. Designed and built by the Brewster Aeronautical Corporation, it was one of the first U.S. monoplanes with an arrestor hook and other modifications for aircraft carriers. The Buffalo won a competition against the Grumman F4F Wildcat in 1939 to become the U.S. Navy's first monoplane fighter aircraft. Although superior to the Grumman F3F biplane it replaced and the early F4Fs, the Buffalo was largely obsolete when the United States entered the war, being unstable and overweight, especially when compared to the Japanese Mitsubishi A6M Zero. However, the Buffalo served with distinction in the Finnish Air Force but was not up to combat against the Japanese Zero, when operated by the Dutch and British Commonwealth forces.