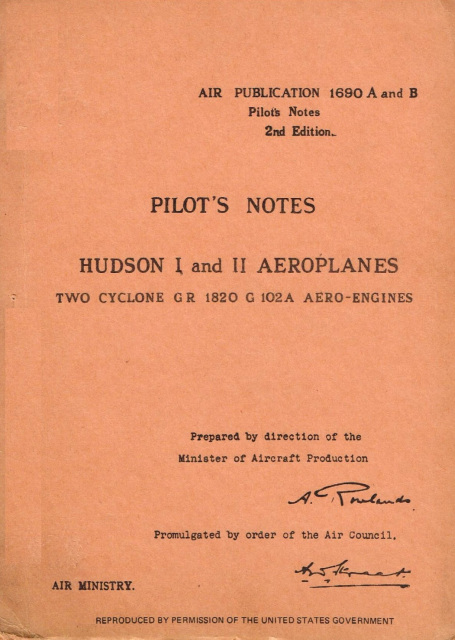 The Hudson's ancestry may be traced back to the Lockheed's Model 10 Electra, a ten-passenger civil airliner which first flew on 23 February, 1934. Designed by Hall Hibbard, Richard von Hake, Lloyd Stearman, and Clarence "Kelly" Johnson, this was Lockheed's first twin engine aircraft. It was Johnson's idea to adopt the twin tail configuration, which would be a Lockheed trademark for many years. Lockheed built 148 production Electras (plus the prototype), the most famous of which was flown almost around the world by Amelia Earhart. An interesting development of the Model 10 was the XC-35, which flew with a pressurized cabin in 1937.

The Model 10 was the immediate parent of the somewhat smaller Model 12 Electra Junior, a six-passenger executive transport. Lockheed built 114 examples of the Model 12 and 16 of a bomber version for the Netherlands East Indies. The latter aircraft later saw combat against the Japanese in late 1941 and early 1942. The Model 12 also served as military cargo aircraft and two, one purchased by France and one by Britain, served as clandestine photo-reconnaissance aircraft over Germany, Italy, and North Africa before the war.

Lockheed followed these with the larger Model 14 Super Electra, a 12-passenger civil airliner. First flown on 29 July, 1937, this aircraft had engines more powerful than those of her predecessors and featured Fowler flaps and a wing designed for higher speeds. Competing against the legendary Douglas DC-3, a larger and more economical aircraft, the relatively advanced Model 14 was not a big success, and only 112 were sold. One of these aircraft, piloted by Howard Hughes, flew around the world in less than 4 days, averaging 206.1 mph. It was a Model 14 that flew Neville Chamberlain to Munich to meet with Adolf Hitler in September, 1938.

In February 1938, Lockheed's design team learned of an impending visit of the British Purchasing Commission and, after five days and nights of rushed design work, proposed the B-14L, a reconnaissance bomber based on the Model 14.