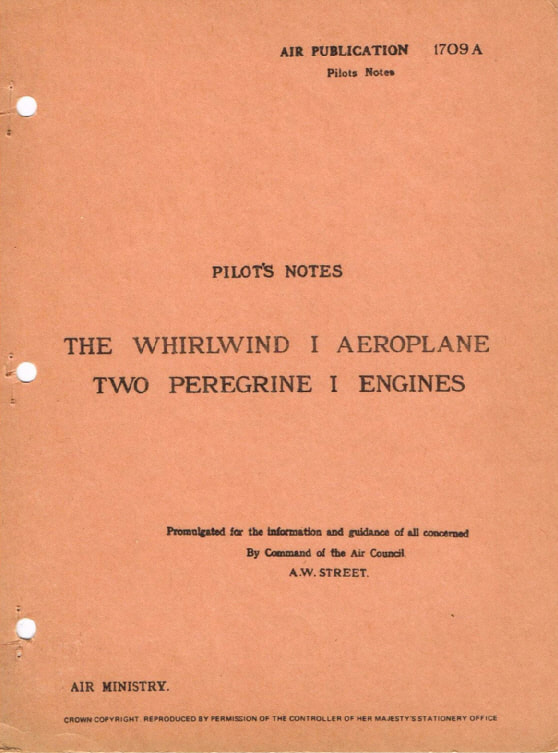 The Westland Whirlwind was a British twin-engined heavy fighter developed by Westland Aircraft. A contemporary of the Supermarine Spitfire and Hawker Hurricane, it was the first single-seat, twin-engined, cannon-armed fighter of the Royal Air Force.

When it first flew in 1938, the Whirlwind was one of the fastest combat aircraft in the world, and with four Hispano-Suiza HS.404 20mm autocannon in its nose, the most heavily armed.[1][2] Protracted development problems with its Rolls-Royce Peregrine engines delayed the project and few Whirlwinds were built. During the Second World War, only three RAF squadrons were equipped with the Whirlwind but despite its success as a fighter and ground attack aircraft, it was withdrawn from service in 1943.