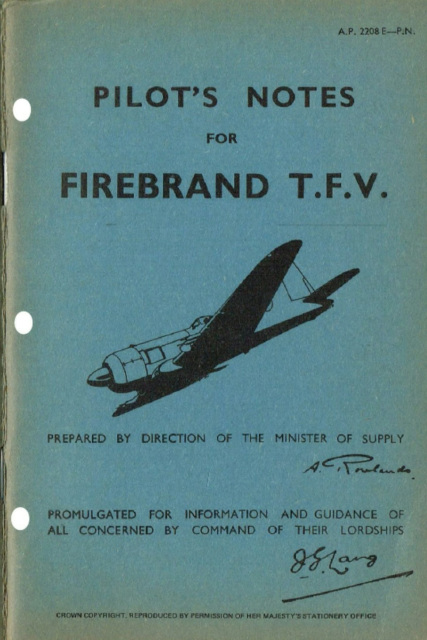 The Blackburn Firebrand was a British single-engine strike fighter for the Fleet Air Arm of the Royal Navy designed during World War II by Blackburn Aircraft. Originally intended to serve as a pure fighter, its unimpressive performance and the allocation of its Napier Sabre piston engine by the Ministry of Aircraft Production for the Hawker Typhoon caused it to be redesigned as a strike fighter to take advantage of its load-carrying capability. Development was slow and the first production aircraft was not delivered until after the end of the war. Only a few hundred were built before it was withdrawn from front-line service in 1953.