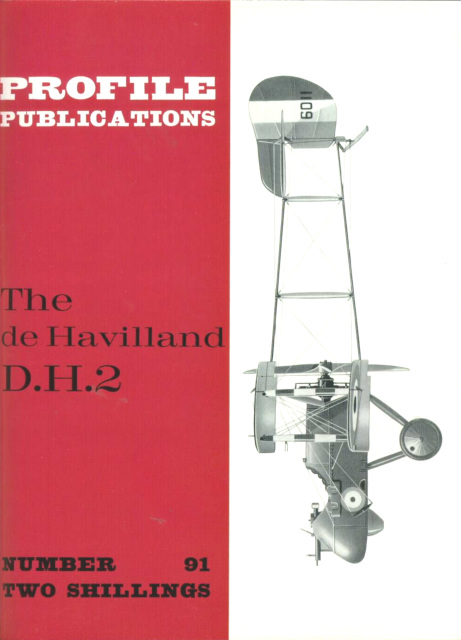 The Airco DH.2 was a single-seat biplane "pusher" aircraft which operated as a fighter during the First World War. It was the second pusher design by Geoffrey de Havilland for Airco, based on his earlier DH.1 two-seater. The DH.2 was the first effectively armed British single-seat fighter and enabled Royal Flying Corps (RFC) pilots to counter the "Fokker Scourge" that had given the Germans the advantage in the air in late 1915. Until the British developed a synchronisation gear to match the German system, pushers such as the DH.2 and the F.E.2b carried the burden of fighting and escort duties.