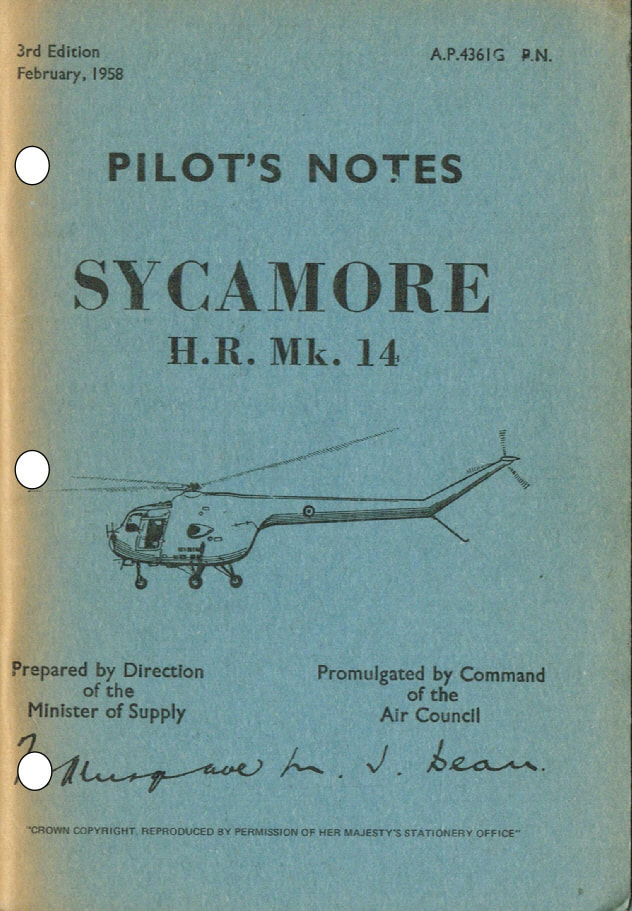 The Bristol Type 171 Sycamore was an early helicopter developed and built by the helicopter division of the Bristol Aeroplane Company. The name refers to the seeds of the Sycamore tree, Acer pseudoplatanus, which fall with a rotating motion.[2] It has the distinction of being the first British helicopter to receive a certificate of airworthiness, as well as being the first British-designed helicopter to be introduced by and to serve with the Royal Air Force (RAF).[2]

Typically capable of seating up to three passengers, the type was often used as a transport for both passengers and cargo alike. In RAF service, the Sycamore was normally used in the search and rescue and casualty evacuation roles. The type proved the value of rotorcraft to easily traverse inhospitable or otherwise inaccessible terrain; the Sycamore made valuable contributions to British military activities during the Malayan Emergency, the Cyprus Emergency, and the Aden Emergency, in addition to other operations.

In addition to its British military service, various models of the Sycamore were produced and operated by a number of users, including overseas military operations and civil customers. Civilian operations typically involved transportation, mountain rescue, and aerial survey work. In 1959, production of the Sycamore ended after 180 rotorcraft had been completed.