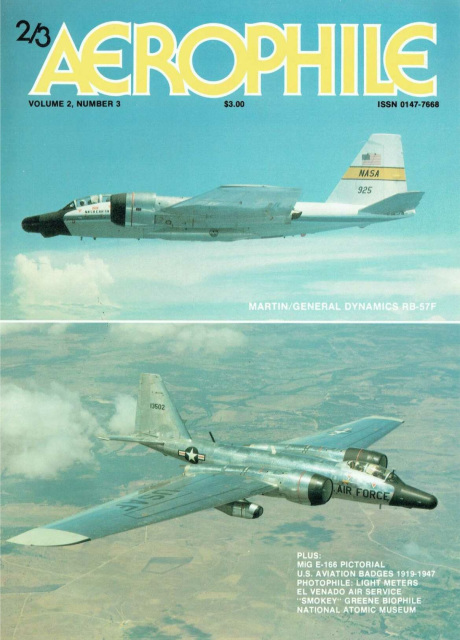 ‘Aerophile’ was a historical aviation magazine which evolved from the scale modelling magazine ‘Replica in Scale’. It provided detailed coverage of the technical development of postwar US aircraft types. Typical contents comprised: the history & internal details of a US military aircraft type, book reviews, kit & decal reviews, aviation personality, aircrew uniforms, a brief airline history, a US aviation museum, a photo feature. It was a A4 size magazine, of 56 pages each, with many b+w photos and some 1/72 scale plan drawings. The first issue was published in January 1977. Erratic publication led to a cessation of production in late 1981. The editor/author Jay Miller later founded the Aerofax Publishing Company which published books in a similar style.