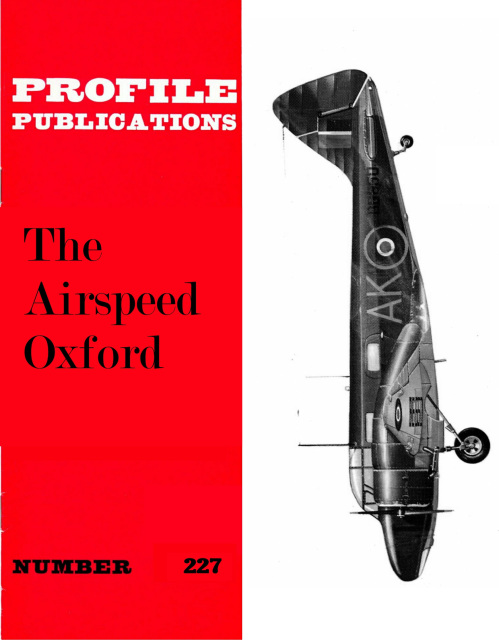 The Airspeed AS.10 Oxford was a twin-engine monoplane aircraft developed and manufactured by Airspeed. It saw widespread use for training British Commonwealth aircrews in navigation, radio-operating, bombing and gunnery roles throughout the Second World War.

The Oxford was developed by Airspeed during the 1930s in response to a requirement for a capable trainer aircraft that conformed with Specification T.23/36, which had been issued by the British Air Ministry. Its basic design is derived from the company's earlier AS.6 Envoy, a commercial passenger aircraft. Performing its maiden flight on 19 June 1937, it was rapidly put into production as part of a rapid expansion of the Royal Air Force (RAF) in anticipation of a large-scale conflict.

As a consequence of the outbreak of war, many thousands of Oxfords would be ordered by Britain and its allies, including Australia, Canada, France, New Zealand, Poland, and the United States. Following the end of the conflict, the Oxford continued to achieve export sales for some time, equipping the newly formed air forces of Egypt, India, Israel, and Yugoslavia. It was considered to be a capable trainer aircraft throughout the conflict, as well as being used a general-purpose type. A large number of Oxfords have been preserved on static display.