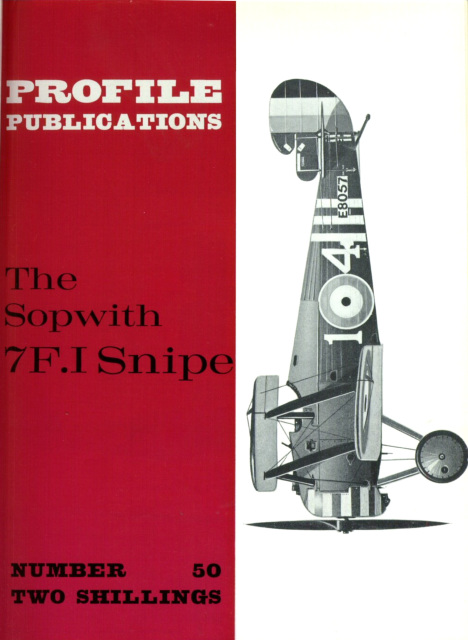 The Sopwith 7F.1 Snipe was a British single-seat biplane fighter of the Royal Air Force (RAF). It was designed and built by the Sopwith Aviation Company during the First World War, and came into squadron service a few weeks before the end of the conflict, in late 1918.

The Snipe was not a fast aircraft by the standards of its time, but its excellent climb and manoeuvrability made it a good match for contemporary German fighters.

It was selected as the standard postwar single-seat RAF fighter and the last examples were not retired until 1926.