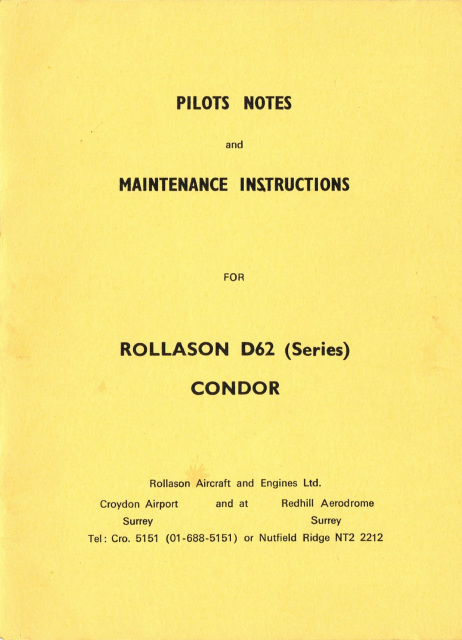 The Druine D.62 Condor is a light aircraft that was developed in France in the 1950s, primarily as a trainer. The Condor was an evolution of the Druine Turbi, but featured an extensively revised fuselage allowing the pilot and instructor to sit side-by-side under a full canopy. Unlike its predecessors, the Condor was not intended for amateur construction, and therefore was able to make refinements to the design that would not previously have been possible. Series production was undertaken by Borea in France and Rollason Aircraft and Engines as the Rollason Condor in the UK.