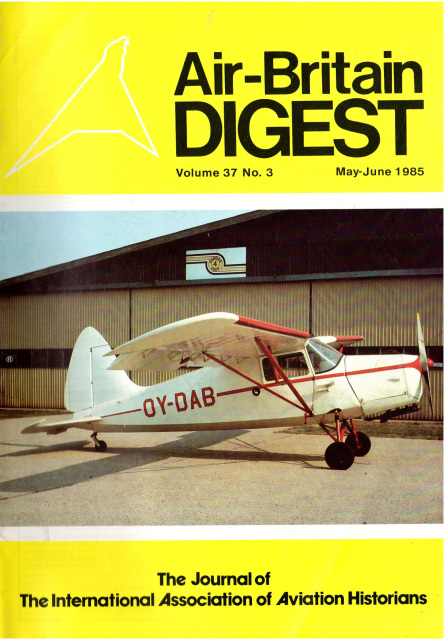 Air-Britain was formed in 1948 and attracted many people who had lost their sources of current news and historical background on the subject. The title 'Air-Britain' was chosen as there were already members in other countries who considered it possible to form their own national, but affiliated, associations. In the event only 'Air-Denmark' got off the ground at this time. However, other national societies later came into being under various names.

Our house magazine Air-Britain Digest began publication in 1949. Now known as Aviation World, it remains the medium of communication between the management of Air-Britain and the ordinary members. It is published quarterly (in March, June, September and December) and is currently a glossy and well-illustrated magazine which includes articles of general aviation interest and is distributed to all members as part of their annual subscription.