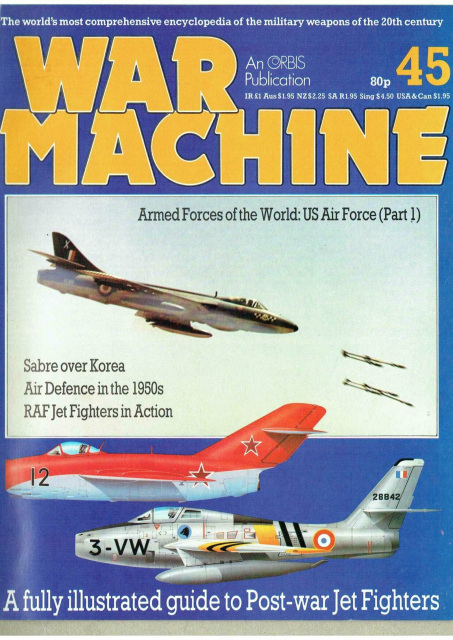 A weekly parts magazine published by Orbis in the 1970s - 144 parts in total.

It has become common in the aviation community to classify jet fighters by "generations" for historical purposes.[21] There are no official definitions of these generations; rather, they represent the notion that there are stages in the development of fighter design approaches, performance capabilities, and technological evolution. Also other authors have packed the fighters into different generations. For example, Richard P. Hallion of the Secretary of the Air Force's Action Group classified the F-16 as a sixth generation jet fighter.[22]

The timeframes associated with each generation are inexact and are only indicative of the period during which their design philosophies and technology employment enjoyed a prevailing influence on fighter design and development. These timeframes also encompass the peak period of service entry for such aircraft.