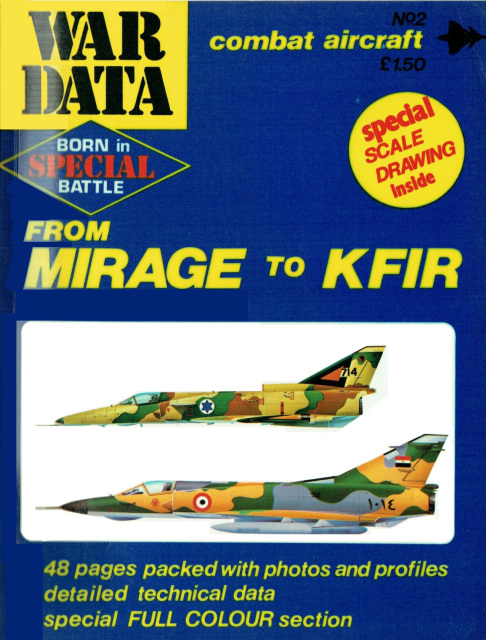 The incredible story of how the Israelis developed a completely new jet combat aircraft which achieved air superiority in the Middle Eastern skies..

From Mirage to KFIR 50 pages of text and many photographs plus a notated cutaway and a large scale drawing.

The Israel Aircraft Industries Kfir (Hebrew: כְּפִיר‬, "Lion Cub") is an Israeli-built all-weather multirole combat aircraft based on the French Dassault Mirage 5, with Israeli avionics and an Israeli-built version of the General Electric J79 turbojet engine.