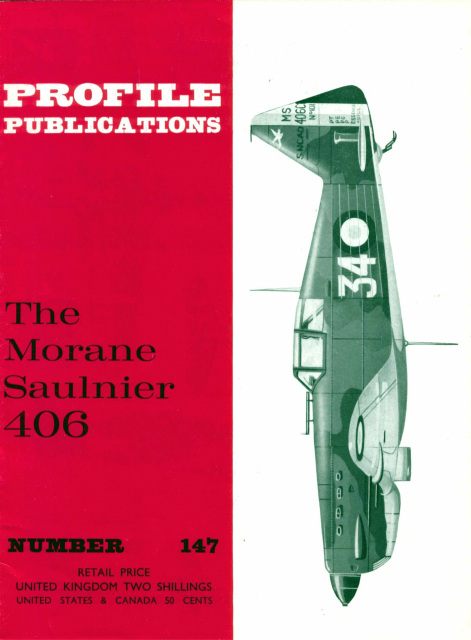 PLUS: Extra pages from the extensive FlightWay Archives.

The Morane-Saulnier M.S.406 was a French fighter aircraft developed and manufactured by Morane-Saulnier starting in 1938. It was France's most numerous fighter during the Second World War and one of only two French designs to exceed 1,000 in number. At the beginning of the war, it was one of only two French-built aircraft capable of 400 km/h (250 mph) – the other being the Potez 630.[1]

In response to a requirement for a fighter issued by the French Air Force in 1934, Morane-Saulnier built a prototype, designated MS.405, of mixed materials. This had the distinction of being the company's first low-wing monoplane, as well as the first to feature an enclosed cockpit, and the first design with a retracting undercarriage. The entry to service of the M.S.406 to the French Air Force in early 1939 represented the first modern fighter aircraft to be adopted by the service.[2] Although a sturdy and highly manoeuverable fighter aircraft,[3] it was considered underpowered and weakly armed when compared to its contemporaries. Most critically, the M.S.406 was outperformed by the Messerschmitt Bf 109E during the Battle of France.