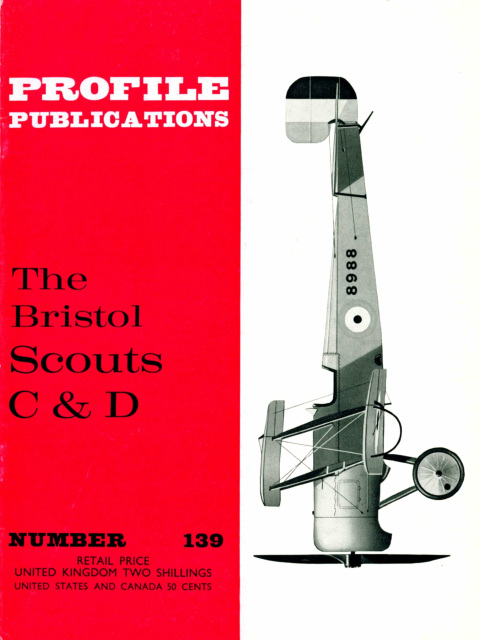 The Bristol Scout was a single-seat rotary-engined biplane originally designed as a racing aircraft. Like similar fast, light aircraft of the period it was used by the RNAS and the RFC as a "scout", or fast reconnaissance type. It was one of the first single-seaters to be used as a fighter aircraft, although it was not possible to fit it with an effective forward-firing armament until the first British-designed gun synchronizers became available later in 1916, by which time the Scout was obsolescent. Single-seat fighters continued to be called "scouts" in British usage into the early 1920s.[1]

The Bristol Scout was designed in the second half of 1913 by Frank Barnwell and Harry Busteed, Bristol's chief test pilot, who thought of building a small high-performance biplane while testing the Bristol X.3 seaplane, a project which had been designed by a separate secret design department headed by Barnwell. The design was initially given the works number SN.183, inherited from a cancelled design for the Italian government undertaken by Henri Coanda, the half-finished fuselage of which remained in the workshops and the drawings for the aircraft bore this number