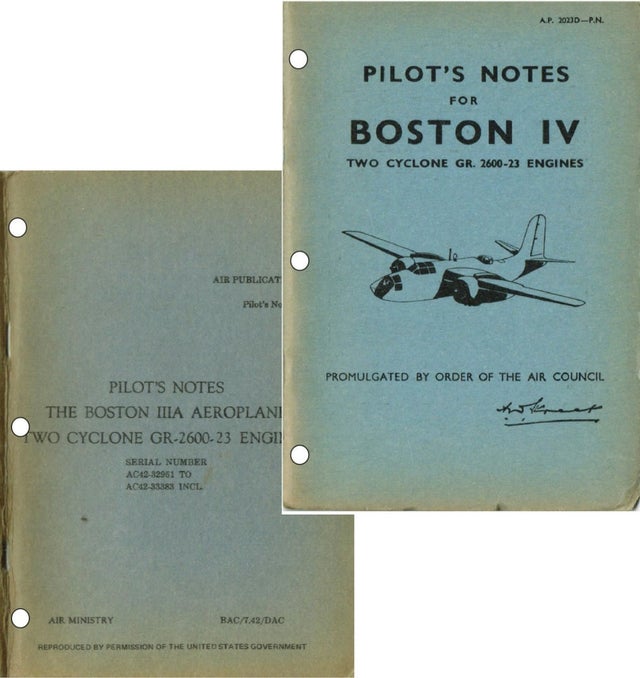 Supplied in an email as a Coupon that enables you to download a pdf of the item, each page of which has been individually scanned from the original on a CZUR Archival Digital Scanner, processed into individual pages (ie NOT double-page scans except-see below), fully optimised for easy reading and published as a fully compatible PDF document.

Pages are generally presented in Portrait format but where the original contains a 2-page spread have been processed as Landscape for reading continuity.

It was also used by the air forces of Australia, South Africa, France, and the Netherlands during the war, and by Brazil afterwards.[1]