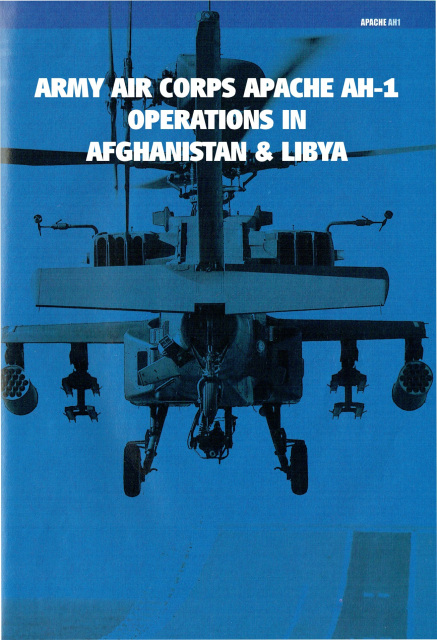 During early April 2011 the Royal Navy's Response Task Force led by HMS Albion headed for the Mediterranean carrying members of #656 Squadron, 4 Regiment Army Air Corps together with 3 Apache AH-1 Assault Helicopters. The 8-page article covers the squadron's operations in detail and with many colour photographs.

The choice of the Apache AH-1 as the replacement for the Westland Lynx is also detailed over 9 pages which include a fully annotated cutaway drawing.