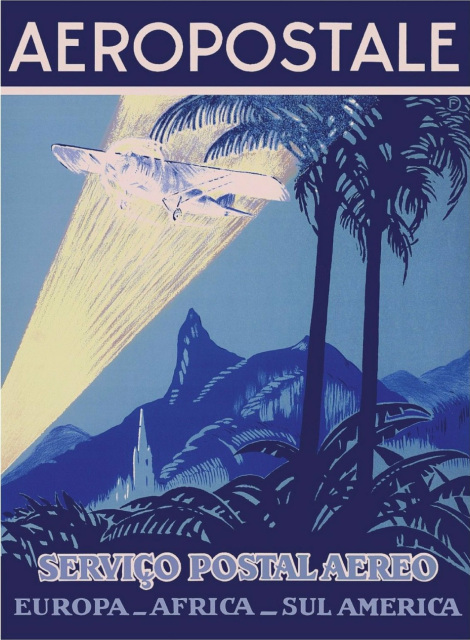 AEROPOSTALE, the story of what could have been the greatest airline in the world.

It took skill, courage, tenacity and one heck of a lot of cash to start an airline in the early days of flight. One of the first major French airlines to become established was founded in Toulouse in 1918 by Pierre Latecoere, the famous aircraft manufacturer, with the aim of connecting France by air to its colonies in Africa and South America. Frustrated by his lack of progress in negotiating the rights for mail and air traffic in Latin-American, in 1927 he offered the airline to a locally-based and, importantly, experienced French industrialist, Marcel Bouilloux-Lafont. By 1930 Aeropostale was the world's longest airline with a superb and unblemished record of efficiency, investment and capital-growth and yet in the following year the operating company went through bankruptcy, finally being dissolved in 1932. The company's aircraft, routes and infrastructure were incorporated, along with the assets of other airlines, into a new concern trading as Air France.

All the circumstances, including the French political intrigue which closed off the airline's finances, is told in fascinating detail by one of the world's greatest aviation historians, R.E.G. Davies, over 17 pages, together with period photos, maps, daigrams and reproductions of Aeropostale's advertising material.