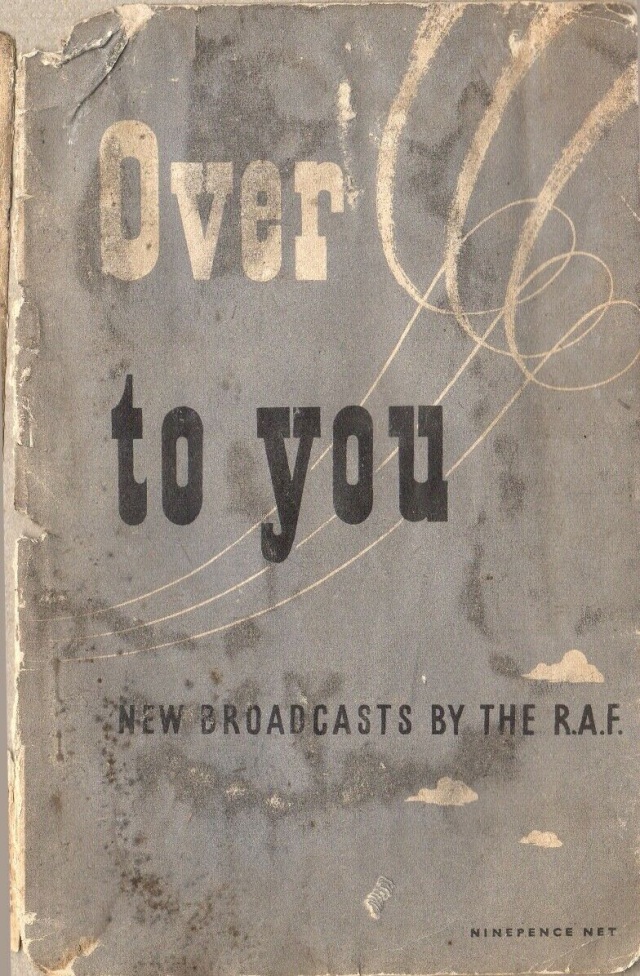 'OVER TO YOU' - NEW BROADCASTS BY THE RAF: 1943 AIR MINISTRY/RAF PUB DOWNLOAD

Issued by HMSO on behalf of the Air Ministry in 1943

"The days of Dunkirk and the Battle of Britain; the winged victory in North Africa; fighter sweeps over France; bomber sorties to Germany & Italy; night fighting, train-busting, intruder ops; the work of Ferry Command and the training of pilots in Canada; the adventures of air crews forced down in ocean or desert - these are the subjects of 'Over to you', a collection of stories chosen from over 900 broadcasts given by RAF personnel between March 1942 and May 1943."

Contents - over 30 true stories of heroism and sacrifice under the following headings:

NOTE: The original copy of this rare book was in a poor condition when scanned for the pdf creation. All text is legible, however some pages have 'shadow' markings on them. The quality achieved is the best possible without losing readability.