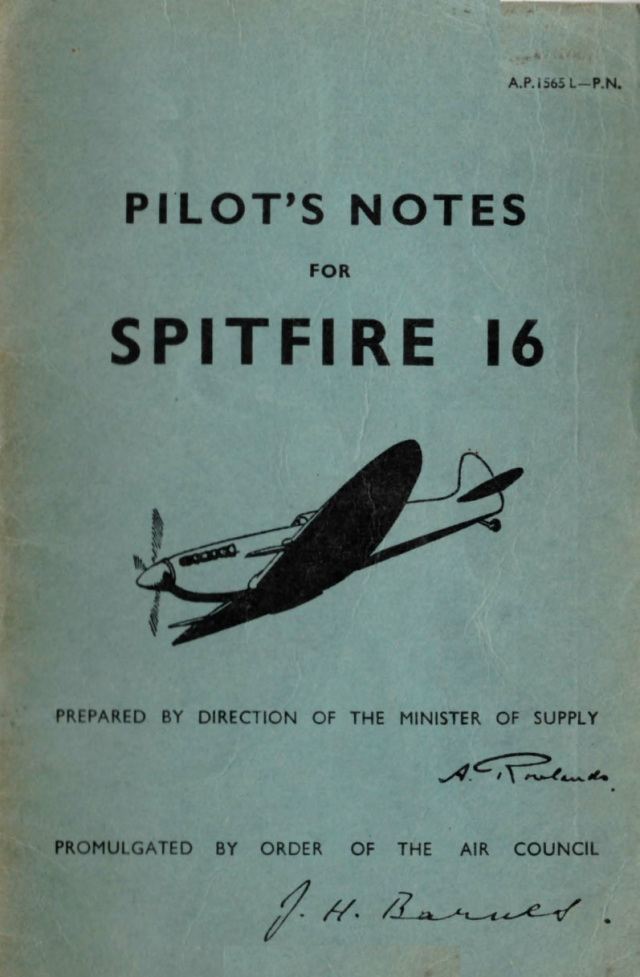 The Mk XVI (TYPE 361) was the same as the Mk IX in nearly all respects except for the engine, a Merlin 266. The Merlin 266 was the Merlin 66 and was built under licence in the USA by the Packard Motor Company. The "2" was added as a prefix in order to avoid confusion with the engines, as they required different tooling. All Mk XVI aircraft produced were of the Low-Altitude Fighter (LF) variety. This was not determined by the length of the wings (clipped wings were fitted to most LF Spitfires), but by the engine, which had been optimised for low-altitude operation. All production Mk XVIs had clipped wings for low altitude work and were fitted with the rear fuselage fuel tanks with a combined capacity of 75 gal. Many XVIs featured cut-down rear fuselages with bubble canopies. On these aircraft the rear fuselage tank capacity was limited to 66 gal.

Because of a slightly taller intercooler and rearranged accessories on the Packard Merlins a new, bulged upper cowling was introduced and also appeared on late production IXs.

Armament for most Mk XVIs consisted of 2 × 20 mm Hispano II cannon – each with 120 rpg – and 2 × .50 calibre Browning machine guns – each with 250 rpg. 1 × 500 lb (227 kg) bomb could be carried underneath the centre rack, and 1 × 250 lb (114 kg) bomb could be slung under each wing. Some production aircraft had rear fuselage fuel tanks in addition to the main tank which allowed it to fly approximately as far as the Spitfire Mk VIII. Problems with the licence-built engines limited introduction to front-line squadrons for several months. A total of 1,054 Mk XVIs were built by Castle Bromwich.