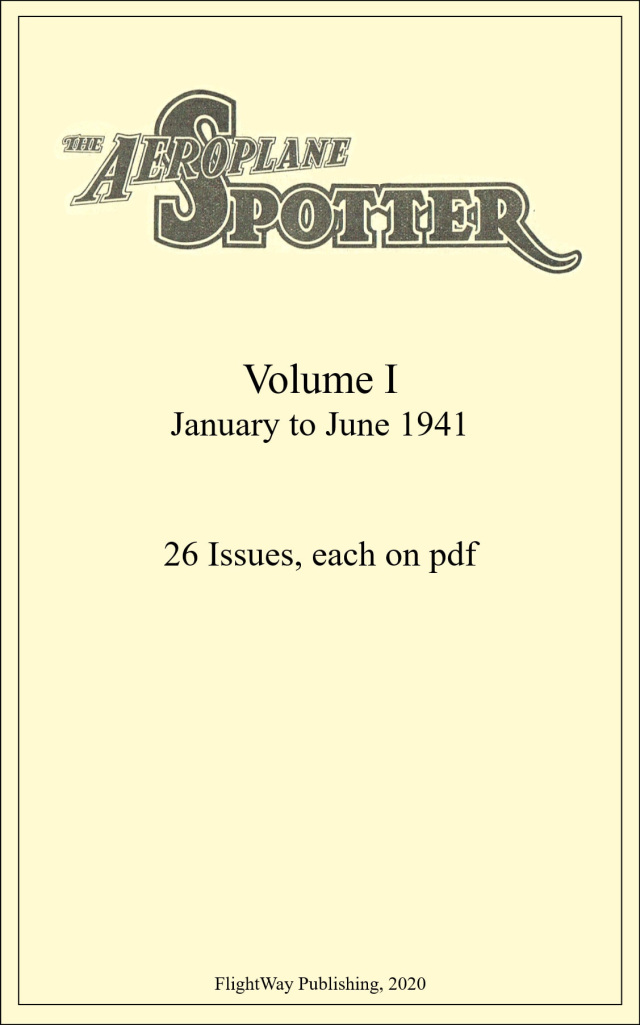 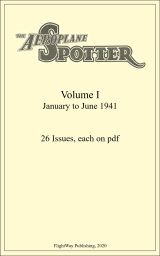 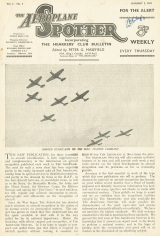 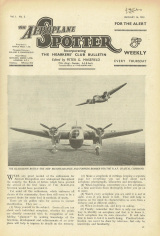 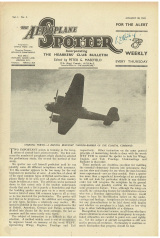 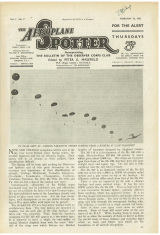 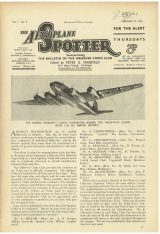 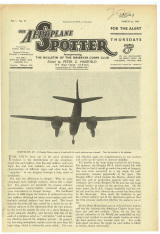 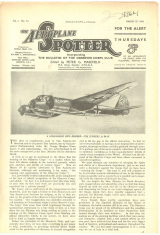 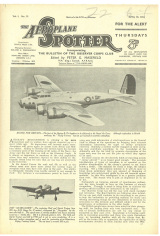 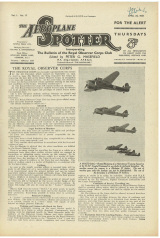 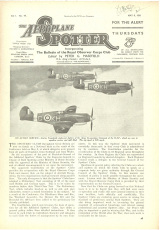 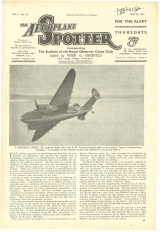 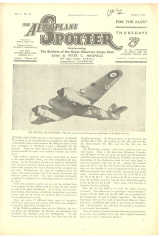 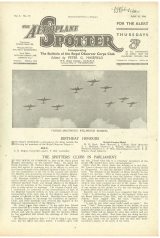 First issue dated 2 January 1941, and ceased publication with the 10 July 1948 edition after 217 issues in 9 volumes. Initially published weekly, but became fortnightly during late 1941, the last weekly issue was No 43 issued on 23 October 1941, due to newsprint shortages. Launched with official support just after the end of the London Blitz, this magazine quickly became the focus for all the aircraft enthusiasts in the UK. Its official function was to help improve the standard of aircraft recognition among civilian air defence volunteers, but it effectively popularised the hobby of ‘spotting’.

With around 12 pages in each issue, it contained features, photos and silhouettes of the major aircraft types (both friend and foe), and news of the latest types. It was also the first magazine to cover military serial number and civil registration changes. Naturally, some information was omitted for security reasons, but generally this magazine was the best informed and best written of the war years. After the demise of the magazine, many ‘spotters’ set up their own organisations to carry on their interest – one of which was Air-Britain. As this title was printed on ordinary newsprint paper, surviving copies experience a progressive discolouration of the pages and they often became browned.